Turmeric is a substance that is a component of holistic medicine, a popular spice in different cuisines, a coloring in cosmetics and fabrics, and an offering in religious ceremonies.  People have used turmeric for thousands of years for many reasons.

Grown in Central America and Asia, the attractive bright yellow root of the turmeric plant gives it nicknames such as “Indian saffron” and “the golden spice.”  It has about 100 components, including curcumin.  Some potential benefits of turmeric include:

1. Serves as an Anti-Inflammatory Agent

A common cause of pain and discomfort among people of all ages is inflammation.  Inflammation can also contribute to serious diseases and illnesses.  Many individuals treat inflammation with over-the-counter and prescription drugs, such as nonsteroidal anti-inflammatory drugs (NSAID).

However, these options can pose serious health risks and may fail to provide relief for ailments.  An all-natural substance such as turmeric may reduce inflammation and provide individuals with safe, effective pain relief.

Diet and lifestyle factors play an important role in hormonal balance and production.  Mutation and genetics can disrupt hormonal balances.  While some medications attempt to restore these hormonal balances, medical and scientific communities are researching natural remedies such as turmeric to regulate hormones.

Aiding the digestive system is another potential benefit of turmeric.  Multiple parts of the digestive system work together move and process food.  Saliva in our mouths dissolves food.  Muscles in the esophagus pull food into the intestines.  The gallbladder releases bile to further break down food.

In short, digestion is a complex process.  A number of factors may disrupt this process.  Organs may lack needed vitamins and minerals, for instance.  Many individuals find it difficult to maintain a diet of whole fruits, vegetables, grains, and lean meats to ensure the availability of maximum nutrients.

Substances such as turmeric may provide the necessary nutrients for the digestive system to support acid production, enzymatic reactions, optimal nutrient absorption, and muscle movement.  This is due to the assortment of vitamins, minerals, fiber, anti-inflammatory, and antioxidant compounds found in turmeric.

One in four deaths in the United States is attributed to cancer.  With more than 100 types of cancer, it is the second-leading cause of death in the country.  Chemotherapy can be an effective treatment, but it can produce unpleasant side effects.  These side effects have prompted people to investigate natural alternatives that may kill cancerous cells and prevent cancer from developing.

An example of one of these natural remedies is turmeric.  Studies have reported that curcumin, the active compound in turmeric, may affect cancer growth, development, and spread at the molecular level.  It may contribute to the death of cancerous cells, reduce the growth of new blood vessels in tumors, and stop the spread of cancer.  More studies need to occur to gain a full understanding of how turmeric and curcumin can reduce the risk of cancer.

Each function of the fat-burning process requires specific nutrients.  Adding turmeric to your daily diet may help nutrients travel through the bloodstream to the proper organs.  The delivery of essential nutrients promotes successful functioning to produce

Incorporating turmeric into your diet may ensure that these functions are working effectively and lead to increased fat-burning capabilities.

Curcumin, an active ingredient in turmeric, has shown promising results in the treatment of depression.  Sixty individuals diagnosed with major depressive disorder, a form of depression, participated in a controlled trial.

Scholars divided the sixty individuals into three different groups.  One group used curcumin, another group used Prozac (an antidepressant drug with the generic name fluoxetine), while the third group used both curcumin and Prozac.  At the end of the six-week study, the improvements from Prozac and curcumin were similar.  In fact, the group that used both curcumin and Prozac displayed fewer symptoms of depression than members of the other groups.  Curcumin may thus be an effective tool to fight depression.

Heart disease is the number one cause of death worldwide.  It is complex and numerous factors can contribute to this condition.

Researchers found curcumin to be as effective as exercise in improving endothelial function.  In addition, curcumin reduces oxidation and inflammation, which may contribute to heart disease.

Turmeric and its active ingredient curcumin have numerous scientifically backed health benefits.  As with any alternative treatment, it is important to speak with medical professionals before using turmeric to treat health conditions. 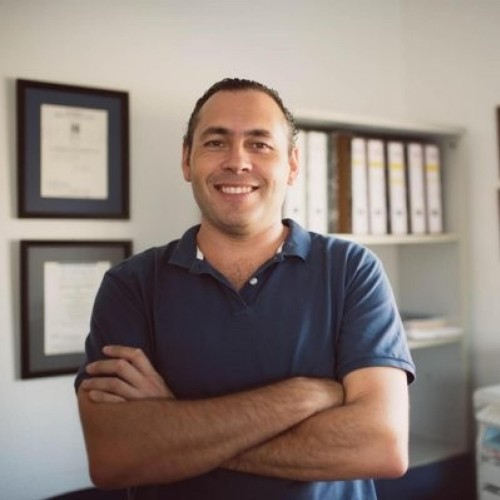 Charles Watson
Charles Watson currently is the head content writer for the Sunshine Behavior Health centers. A lifelong Detroit resident, when not writing you can find him at the local Detroit Pistons games. He can be reached directly on Twitter at @charleswatson00.

When the lifestyle diseases are on the rise, it’s...

Workouts are not only fun and help in weight...

Danger signs which indicate that your relationship is growing stale

No matter how romantic and beautiful a relationship is,...